Which Countries are
Leading and Losing
the Electric Vehicle
Race?

In 2040, the UK will introduce a ban on the sale of new petrol and diesel vehicles. The car industry is already working towards this change, not just in the UK but the world over.

As manufacturers, policymakers and consumers prepare to ramp up their rollouts of renewable and electric vehicles (EVs), we at Northgate wanted to investigate how the UK’s progress ranks against the world’s most proactive adopters of EVs against internal combustion engines (ICEs), or traditional petrol and diesel passenger vehicles.

To see how the UK ranks alongside the world’s nations, we identified three main criteria that we would use to measure a country’s ability to successfully adopt EVs; Policy, Infrastructure and Market Share. 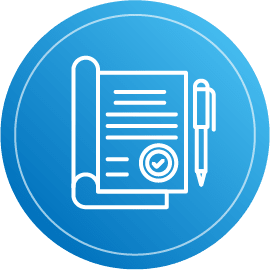 How is a country incentivising the uptake of EVs through policy such as tax breaks that benefit consumers and manufacturers? 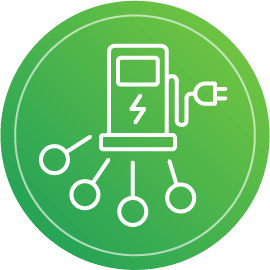 How feasible is it for a consumer to own an EV in their country? How has the nation committed to a network of charging points, and how much of this electricity comes from renewable sources? 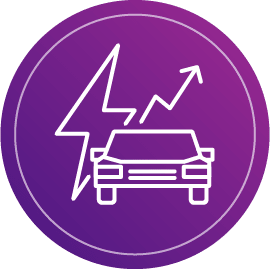 How consumer appetite is affecting market supply and demand for EVs verses ICEs per country.

To frame our research, we covered a comprehensive list of resources – drawing from the International Energy Agency (IEA), the European Automobile Manufacturers Association (ACEA), the International Renewable Energy Agency, nation-by-nation transport authorities, as well as regional reporting and user submitted EV charge maps to give ourselves the most up to date information and coverage from as many countries as possible.

This helped us to determine:

This provided us with a detailed view of the global state of play regarding EVs.

To make sense of such a dense subject, we aggregated our data into a combined weighted ranking to give emphasis to the most valuable data points from our research.

As per our criteria, here are the top 10 countries that scored highest. 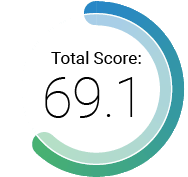 Out in front, Norway’s rapid adoption of EVs has been nothing short of remarkable, with the market share of EVs reaching a massive 49.1%. For perspective, Iceland has the second highest market share with 19%.

This unparalleled embrace of EVs is helped by Norway’s government and their proactiveness in setting hard policy to facilitate and incentivise the uptake of EVs – in 2017 consumers only paid 40% of registration tax, 65% in 2018 before gradually working to 100% in 2020 – early adopters reaping the most benefit.

Their proposed phase-out of fossil-fuelled cars in 2025 may have seemed too ambitious initially, yet this part of Scandinavia is bucking the trend and they’re setting the gold standard for EV adoption.

Norway is likely to achieve its goal with time to spare. 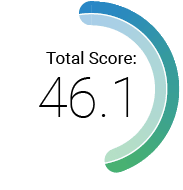 Striving to meet the needs of its massive population, China accounted for 1.1 million EV sales in 2018. In terms of sheer volume, no country compares.

While this only accounts for 4.2% of the nation’s market share, such numbers demonstrate China’s ambition to reduce their own dependency on fossil fuels in the run-up to phasing them out by 2040. Thanks to implemented policies, China has continued to improve its production quality and subsidies are available on an increasing number of EVs.

To meet their 2040 target, China will have to continue in their aggressive adoption, but on current figures and policies, they’re well on their way. 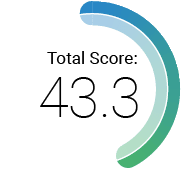 Third on our list is automotive powerhouse Germany, home to carmaker giants Volkswagen, BMW and Mercedes. This industrious nation is under pressure to change attitudes towards EVs – not just for consumers but for their industry leaders too.

With their 2030 target, it makes sense that the country improving its facilitation of EVs has over 29,000 EV charge points – the most of any country in Europe. Over 2018 Germany saw improved EV sales of 67,000, howAs a result of its forward-thinking infrastructure, as well as the wealth of innovative vehicle manufacturers based there, Germany is well placed to reduce its fossil fuel usage considerably over the coming years. 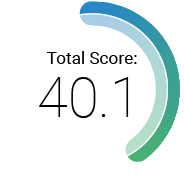 Interestingly, the smallest nation on our list features so highly because of its government’s commitment to renewable energy, 97.7% as of 2016, and their proactiveness to achieve their goals in a shorter timeframe than most.

While 2018 EV sales were low, Costa Rica plans to eliminate fossil fuel powered vehicles by 2021 to mark 200 years of independence. Their government plans to ramp up production in the coming months to meet its ambitious target.

Costa Rica’s efforts to pursue complete decarbonisation means that this little nation will soon be the frontrunner for EV adoption and renewables for the global community, the next year will reveal how realistic these ambitious targets are. 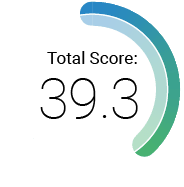 Since citing 2040 as the year to phase out fossil fuels, the UK has been making steady progress towards its target and initial numbers are promising.

Gradually policymakers are helping to facilitate the shift away from fossil fuels, notably, purchasers of EVs will be able to claim grants against the cost of their new EV.

This favourability has meant that EV sales have reached 59,000 and market share has climbed to 2.5%. Alongside this, the UK boasts almost 2 charge points per 10-mile sq. nationwide, alleviating driver concerns when making the switch. 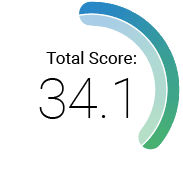 Like its Scandinavian neighbour, Norway, Sweden is making positive strides towards its 2030 target.

28,000 EV sales in 2018 meant that EV market share has grown to 8%, the third highest behind Norway and Iceland. This could be due to the popular policies they have in place to incentivise customers to purchase cleaner vehicles, such as the five years annual circulation tax exemption for EVs and plug-in hybrids.

Moving into 2019, Sweden has already seen increased EV adoption through Q1. If growth continues in the same vein over the course of the year, market share could be closer to 20% rather than 10%. 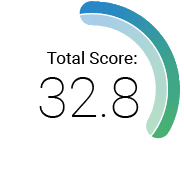 With over 8 charge points every 10-mile sq. it’s easy for new car buyers to make the switch to EVs with the volume of accessible charge points.

Their proposed phase-out of fossil-fuelled cars in 2025 may have seemed too ambitious initially, yet this part of Scandinavia is bucking the trend and they’re setting the gold standard for EV adoption.

In addition to this, zero-emission cars are exempt from motor vehicle and registration tax. Company car tax is also at the lowest available rate. 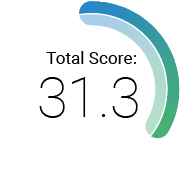 Despite lagging behind in terms of renewable energy usage and EV market share in comparison to other countries in this list, South Korea is leading the way in other ways. For example, at almost 9 EV charge points for every 10 square miles, the nation has the best EV infrastructure of any country on our list.

Impressively, 2018 EV sales more than doubled that of 2017. This improved YoY uptake is mirrored by the nation’s appetite to facilitate the change to EVs. Importantly, South Korean based manufacturers Kia and Hyundai are helping to lead the automotive industry with innovation regarding EVs. Such is demand for Kia’s EVs worldwide, they’re barely keeping up with global demand – something that’s never happened in regards to EVs before now. 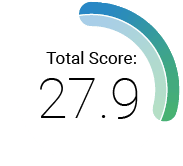 Despite its sparse population, Iceland is taking serious steps towards improved EV adoption – 2019 saw EV market share improve to 19% and EV sales up to 3,500. Alongside this, Iceland’s policymakers have helped customers facilitate the transition with favourable tax deductions and exemptions on EV imports.

To underline Iceland’s growth and environmental awareness, they’re the only country in our list with 100% of their energy coming from renewable energy sources.

Should the growth of EV adoption continue at a steady pace, Iceland could well see its EV surge ahead of its compatriots in the next decade. 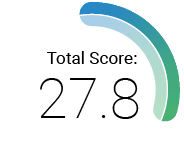 In terms of raw size, only Canada competes with China in our top ten – however, the sparsity of its cities and habitable areas represent its biggest challenge when tacking the viability of EVs.

Though metropolitan areas such as Vancouver and Toronto may be well suited to EV adoption, the largely rural nature of the country, and the sparse distribution of EV charge points, means that long term EV adopters will face considerable challenges. There are, however, companies like PetroCanada and Electrify that are striving to increase coverage.

Fears of EV adoption are being alleviated by this progress, with 2018 seeing EV market share rise to 2.2%. If new car sales can continue to grow and consumer concerns are successfully resolved, Canada’s potentially vast future EV network could be the benchmark for other countries to follow in the coming years.

The automotive world is set to change rapidly over the course of the next two decades. From Costa Rica, through Scandinavia and the UK, here are the 11 nations who have pledged to eliminate the use of fossil fuel vehicles in the next 20 years.

As part of our research around the global adoption of EVs, we’ve ranked a total of 30 countries around the world depending on available data across a range of criteria. Use the interactive table below to find out more:

In summary, while initial indicators of EV adoption across the world are that the EV market is showing signs of significant growth across many nations, the disparity between Norway’s successful, ambitious approach and their progress ahead of many other nations is enormous.

There are five countries with announced fuel bans that haven’t made enough progress to feature in our top 10. France, Denmark, Ireland and Slovenia have seen their progress slowed by inactivity across our three touch points. As progressive policy has slowed, and it remains to be seen if attitudes remain proactive. For example, France’s market share of just 2.1% is not enough when its charge point accessibility and renewable energy usage are so slow.

Israel wasn’t included in our rank due to a lack of data regarding EVs. However, for these five countries, it’s imperative that they help facilitate the transition to EVs ambitiously in the next 10 years and beyond.

Notably, the USA and Japan don’t make our top 10, despite being two of the world’s largest automotive industries. Broadly, these nations are seeing stagnating growth in terms of EVs. Japan had a market share of just 1%, the lowest of any country in the top 15.

While the USA was pipped to 10th by Canada, without the incredibly ambitious efforts of California based Tesla, it’s incredibly unlikely that the USA would rank in our top 20. California alone would have an EV market share of almost 8% if considered on its own.

There’s no underestimating the importance of EV adoption over the course of the next 20 years, the important take-out from our research is that the road ahead for many nations will be difficult.

What’s clear is that the onus is not just on policy or governments, real progress is promoted when policy, consumers and the market shift their perspective and work in tandem.